Should I stay or Should I go? Dealing with Counter Offers.

Counter-Offers From Your Current Employer 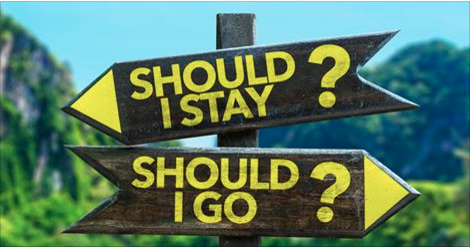 I'm not talking about the give-and-take involved in a salary negotiation.  I mean the kind of counter-offer you might get when you announce you're resigning to take another job.

Sure, it's an ego boost, but a backhanded one, when you think about it.  If you were so valuable all along, how come you had to quit to get your employer to recognize it?

So you tell your employer that you are leaving, they then offer you that promotion you have been waiting for and that slight increase in money, It looks like you're in the driver's seat now.

But you're not.  You just think you are.

What's Wrong with This Picture?..

If you take a counter-offer, and then kick back, it's likely that you'll be kicked out anyway or they will be watching your every move as they know you were looking to leave.

The reason that most companies make counter-offers is so they have time on their hands to find someone else, or are too lazy to go out searching for a replacement plus training that new person up. When someone resigns, the general rule is a two week notice period (a month or longer for those in management roles.) That means the company's got to scramble to find a substitute for the mission-critical role you've been filling.  Odds are, it's going to take longer than that to find a candidate who's going to be a good fit.

The Worst That Can Happen…

You might think that being eliminated would be the worst thing that can happen if you take a counter-offer, but you'd be wrong.  The worst thing is that you stay, and are - from now on – untrustworthy or disloyal, It depends on the way your boss shades your actions.

The end result is, no matter how you behave in the future, you'll always be regarded with suspicion.  You've already shown that you're ready to leave, so management will be waiting for you to do it again.  You'll be at the bottom of the list for promotions and good assignments.  Training?! Why would a company invest in someone whose longevity is questionable?

You'll also be subject to some "Me Too" fears.  No matter how discreetly the counter-offer situation is handled, there's always the possibility that news will leak out.  Don't be surprised if you're increasingly cut off from co-workers.  Management doesn't want your peers to get the idea that they can wring some more out of the company by copying you. 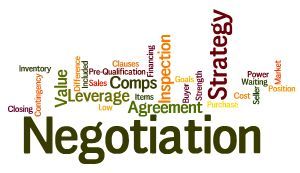 Why You Were Actually leaving…

Before you grab a counter-offer, it's important to think about what's being offered and what actually brought you to the point of leaving in the first place.  A counter-offer is almost always about money.  The reasons people leave are almost never about money alone.

An extra few thousand per year doesn't change the 60-hour work week and insane deadlines.  It doesn't release you from your difficult colleagues or boss; it does not shorten your killer commute.  You won't have to wait for the glow to wear off to be back where you started… because you never left.

How long will it be until you're job hunting again?  It doesn't matter whether they let you go or you let them go. The stress of the search will be the same.  And you won't have as much energy for the hunt the next time around.  If you pass on the job offer in your hand right now, what's the cost of finding the next one?  Will you have to pay sooner … or later?

Yeah, I know.  What if the new job doesn't work out?  What if it's no better than the job you're leaving?

Who knows.  It's just as likely to be a good change as a bad change.  At first, it may be hard to tell which was the safe alternative and which was the sorry one.  Over time, you'll get some perspective.  And, even if it's not for the better, for the first months, at least it's different.

The skills and experiences you gain with another company can make you more valuable than if you had stayed.  Plus, you have a better negotiating position, knowing what the culture and environment of your former company were.  You may be able to bargain for better working conditions or a more favourable reporting structure in addition to the compensation and title you want.

But first you have to handle your exit properly. It's a delicate process to extract yourself with your reputation and relationships intact when a counter-offer is on the table.  And regardless of whether you intend to return, you do want to preserve the company's respect for you.

That means you take the time to consider their proposal, even if you have no intention of taking it.  No matter how cheesy that offer is, make it look like you have to sleep on it.  Tell the manager who offers the deal that you'll need a day or two to think it over.

Use that time to plan your response.  You'll need to be gracious, definite and concise. Something like this:

"Name of Manager, I really appreciate this offer.  It's gratifying to know that Name of Company values me so highly.  I feel the same about my experience here, but this other position is an opportunity that I just can't pass up.  I'm sad to be leaving all my colleagues here, but this is the right time for the right next step for my career.  How can we use the two weeks before I leave in the most productive way?  I've jotted down some ideas, and thought that we should get together to plan, maybe later today or tomorrow.  I want to be as helpful as I can be during this change."

Don't get caught up in a discussion of where you're going and what makes this opportunity so much better than your current job.  Politely refuse to discuss it by saying that you want to focus on an orderly transition.  Keep saying it, if you have to, until you make your point.

So, make sure you really think through a Counter-offer as it’s not always as simple as it seems! 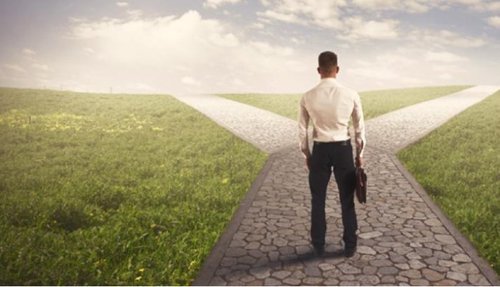